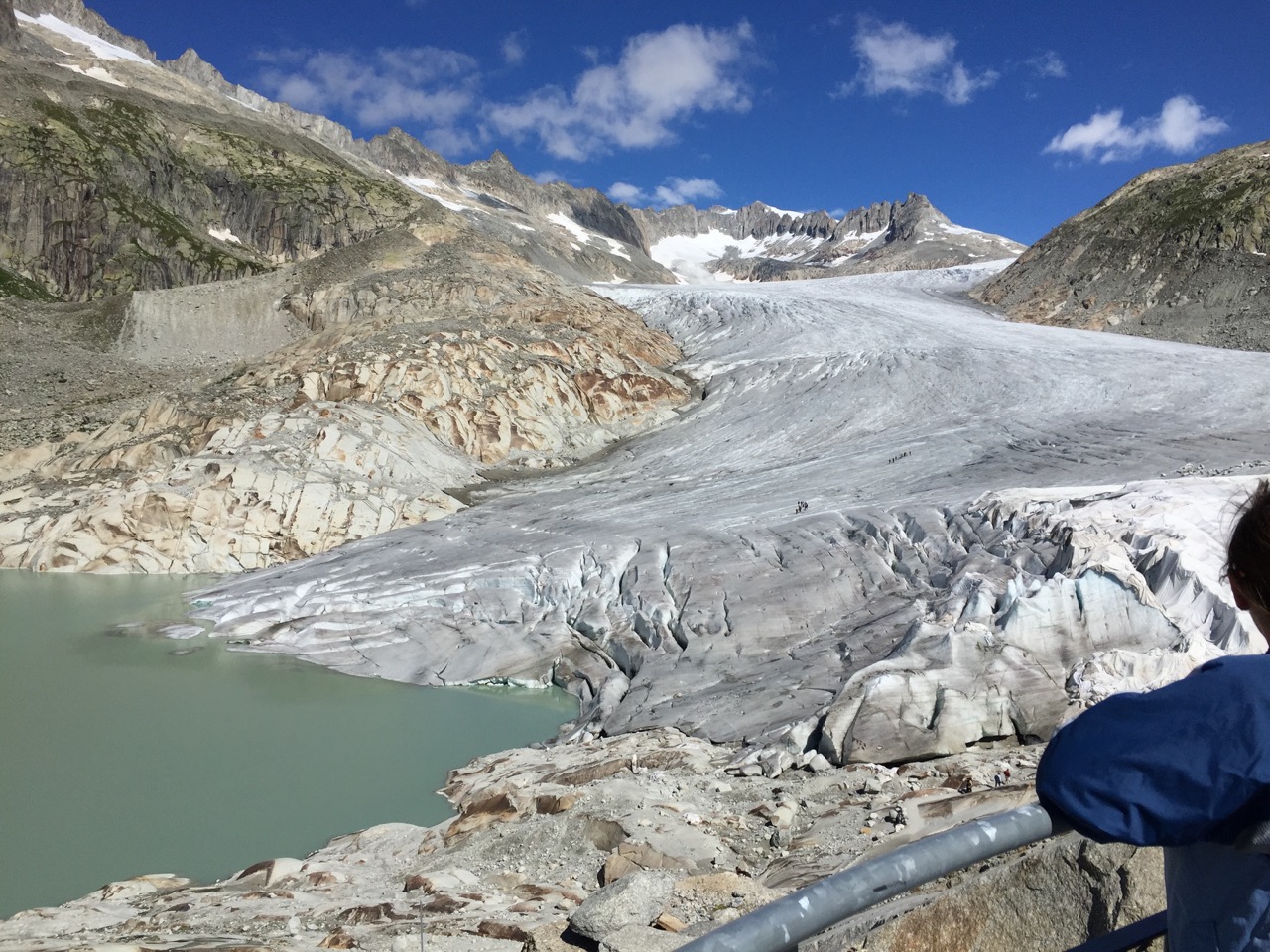 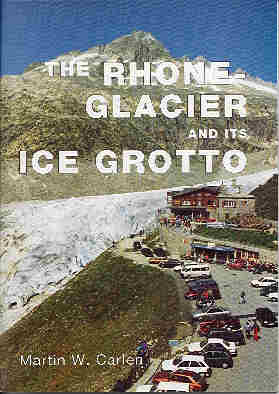 M. CARLEN, PHD: "THE RHONE GLACIER AND ITS ICE GROTTO"

For more than 160 years the grottos in the Rhone-Glacier have allowed everybody to walk effortlessly into the glacier. There was already a natural grotto at the mouth of the glacier, at least by around 1830. Later, in order to provide the tourists with an attraction, grottos were dug into the glacier by the "Alpgeteilen" (coproprietor) of the "Gletschalpe", who regarded the glacier as their own property (still today it belongs to a public company, which was only taken over from private hands in 1984, by the Canton of Wallis). The running of these grottos was sold by auction amongst the Alpgeteilen every five years and the auction returns distributed by "Kuhrechten" (title to bring a certain number of cattle to the alp during summer time). Until approximately 1885 the grottos were dug on the right hand side of the creek of the glacier and from then onwards they were dug into the left hand side of the glacier front.

Before the turning of the century the lower grotto ceased to exist, as the glacier retreated. Since at least 1894 the grotto at Belvedere has been repeatedly cut into the glacier, an operation which requires a great deal of effort. In 1906, F. A. Forel (1841 - 1912, renowned naturalist and glaciologist, professor at the University of Lausanne) reported that the artificial grottos pass through the clearest ice and that he had hardly come across a piece of rock anywhere. "No other glacier I know of has got such a gorgeous, deep and strong blue as is to be found in the "Azur-grottos of the Rhone-Glacier or in the melted out caves under the glacier, in which I was able to crawl in perfect safety." Nowadays, the ice grotto is dug and operated by the Carlen family, as it has been for four generations.

Near the ice grotto the glacier moves by 30 - 40 m annually, that is about 10 cm a day. There can be 10 metres or more of snow in the car park and behind the hotel in spring.

Because of snowfalls the Furka pass is usually closed again towards the end of October. By this time the glacier has moved downhill by almost 20 m but has at the same time melted a great deal due to the heat of the summer months. If at the beginning of the season the ice-grotto was 100 m long, it is only 60 - 80 m long by October. The path to the glacier is particularly charming. A unique light shines and shimmers in a thousand ways through the transparent ice. After the first few steps into the glacier, the light changes and shines on the visitor with a blue hue. Small streams tumble out of distant cracks and the ice crunches under foot. The walls are cut into the smooth ice, which resembles crystal glass.

In its ablation zone the Rhone-Glacier is a temperate glacier, and so the ice there is at about 0° C. This is also the temperature in the ice-grotto in the early morning. On hot summer days, when many visitors admire the grotto and warm air has flowed into the grotto through various cracks and holes, this temperature can rise to 4 - 5° C.

The ice of the grotto is 200 - 300 years old, which can be estimated from the annual movement of the glacier. Thus, even the "eternal ice" of one of the biggest alpine glaciers in fact has only a relatively short life.

In the interior of the grotto the layering of the ice can be observed. As with the rings within a tree trunk, the stacked layers of ice within a glacier are indicative of its growth history. However, these layers can be deformed by the movement of the glacier because the ice follows the shape of the glacier bed. The ice-layers are often separated by very thin bands of dust particles and pollen, which are deposited predominantly in summer and autumn, at the end of the ablation period, when the surrounding of the glacier is free of snow. Likewise individual ice-grains can be found, as can spherical or teardrop shaped inclusions of air up to one or more millimetres in diameter. Ice containing little air looks blue, while that with much air looks white. It would be possible to determine the age of the ice, using the 14C dating method on the CO2 contained within the air inclusions.

In summer 1885 the Glacier Commission carried out an experiment in the ice-grotto. At that time the entrance to the grotto was in the front of the glacier beside the glacier snout in Gletschboden. The first part of the ice-tunnel went 31 m into the ice at a small angle to the flow direction, then turned 90° to the left, penetrated another 20 m and finished off after a right-hand curve and a further 14 m, ending in a 5 m long rectangular chamber surrounding a central pillar. The passage was 1 m wide, 2 m high and was 4 m above the glacier bed. It was dug in June. On the 29th of August the engineers of the Glacier Commission surveyed the grotto. With the exception of the 14 m long section that followed the flow direction of the glacier, the walls were no longer vertical, but leant at an angle of about 15°. In this way it was shown that the movement in the interior of the glacier is not uniform, but rather that the ice nearer to the surface of the glacier moves forward faster than that which is nearer to the glacier bed (see Chapter 5). Upper layers of ice slide on those below.

The many thousand visitors who come every year to the ice-grotto in the Rhone-Glacier have included some famous people. For example, the Emperor Haile Selassie from Ethiopia, Cardinal Guiseppe Roncati, the future Pope John XXIII, and the King of Siam have all visited, as have Franz Josef Strauss, a long time prime minister of Bavaria, and the actors Sean Connery and Yul Brunner.